May 5, 2019
We boarded the plane in Atlanta with a sense of excitement and nervousness as we embarked on our Jackets Without Borders service trip to Puerto Rico. We were eager to arrive and assist with continuing relief efforts following Hurricane Maria. After a bumpy flight we landed and quickly boarded a bus for our 50 minute trek to the Big Yellow House, where we would be staying during the trip. During the bus ride we saw the extent of the devastation caused by Hurricane Maria which put the magnitude of the relief effort into perspective. We finally arrived at the Big Yellow House with a new sense of responsibility and an eagerness to help the island of Puerto Rico.
– Carson F.

May 6, 2019
The group arose Monday morning, ate breakfast, and boarded our yellow school bus to Old San Juan. We met our tour guide, Alvin and began our walk around the city. We saw extremely beautiful colonial architecture, and it was so interesting to hear the history of the city. Such a small island was so critical for controlling the Americas, and it has a long history of invasions, occupations etc. We stopped at a national museum in a fort on the point of the island that had beautiful views from its walls. The group then was set free in the artesian district to shop, and there were so many neat handcrafted stores to check out. We bussed back to the Big Yellow House, had dinner and talked about plans to start our service work. The group is beyond excited to get into the community of Via Del Rio.
– Charlie C.

May 7, 2019
This morning we worked at Angel and Maria’s house in Via Del Rio, Puerto Rico. Angel has been volunteering with Global Works for 16 years and his wife, Maria, has spent several years cooking for our volunteers. It is very heartwarming to have the opportunity to finally work on their house after they have spent so much of their own time helping others. After partaking in the Jackets Without Borders service trip with Global Works last year, I spent the entire year anticipating my return to Via Del Rio to continue working and bonding with the community members I became so close with last year. This morning’s arrival was met with many hugs and happy reunions, and everyone was ready to get to work. Two years ago, Angel and Maria’s house was devastated by hurricane Maria, and their roof was completely ripped off of the home. They spent the better part of the past two years without a roof and without electricity. We immediately set out to remedy these problems. We began the day by constructing many rebar fortifications for a new concrete, hurricane proof roof. Each person on our team learned how to properly tie, support, and place these rebar structures. This setup had to be completed before we poured concrete. After an incredible lunch of freshly prepared arroz y pollo, our group began mixing and spreading loads and loads of concrete. We had many separate groups that all came together as one team. There were the concrete cowboys, those who prepared all of the materials for the trumpeto concrete mixer, the scoopers, who shoveled the finished concrete into buckets, and the bucket brigade, who transported loads of concrete up to the roof to the spreaders, who poured the finished product. After a hard day’s work, we achieved great progress and maintained our high spirits and eager attitudes. We all feel very blessed to be a part of this opportunity, and we are really looking forward to getting back at it tomorrow.
– David G. 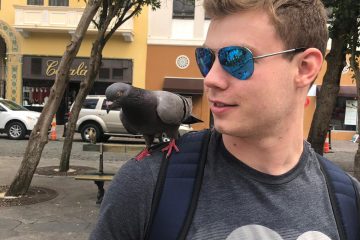 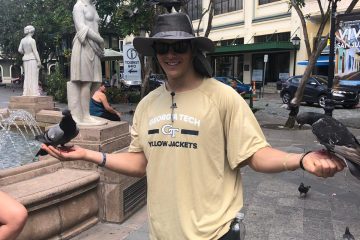 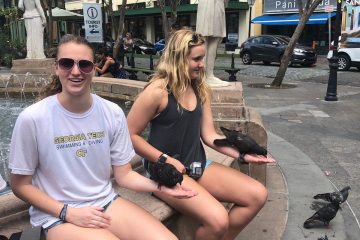 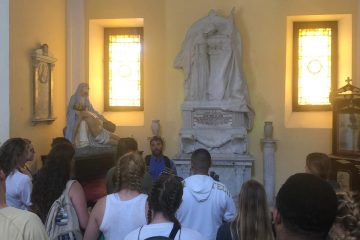 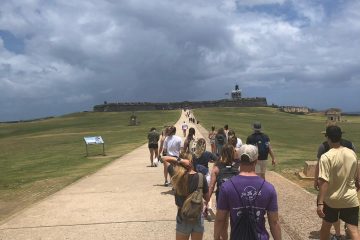 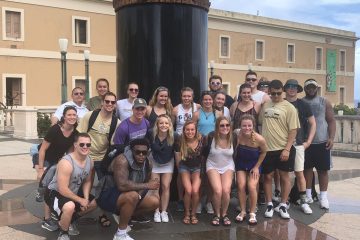 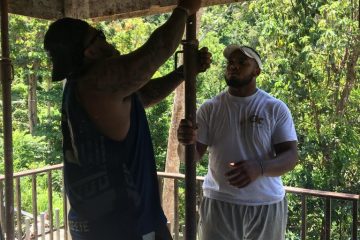 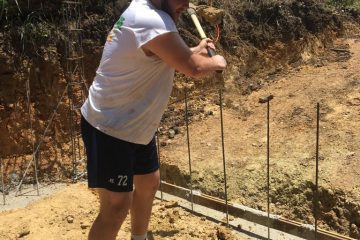 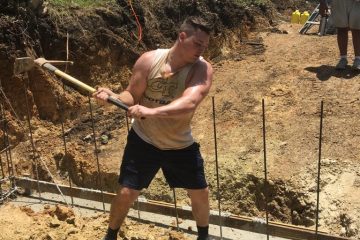 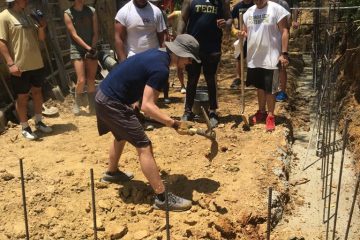 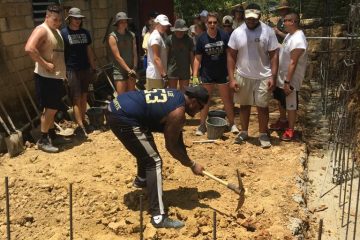 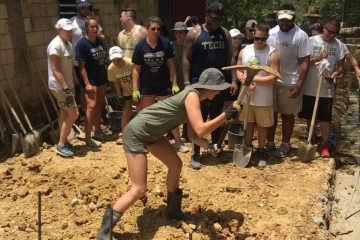 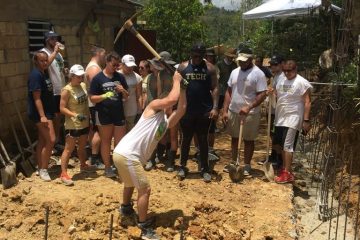 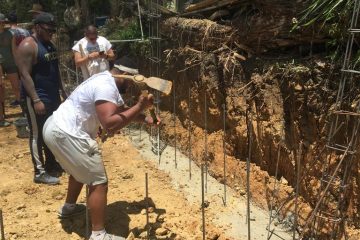 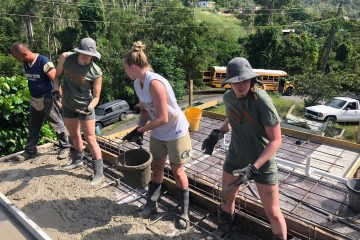 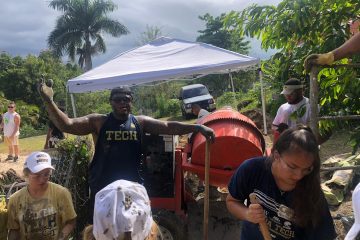 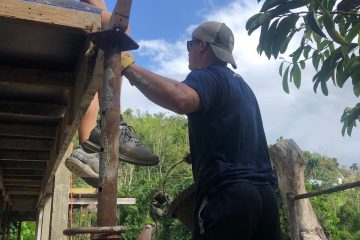 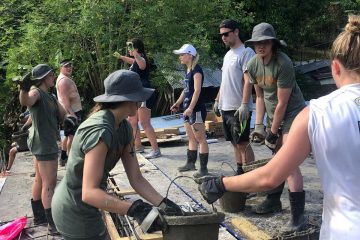 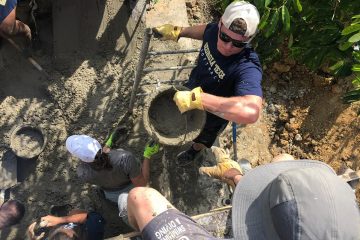