Today was a great first day in Panama!  We started off with an early breakfast at the hostel followed by a little time to sit down as a group and have an introduction to Panama.  Mid-morning we loaded up with sunscreen and bug spray and headed out on a walk along the water to the old part of town, known as Casco Viejo.  In La Plaza Catedral we met up with our local Panamanian tour guide, Gilberto, who gave us a tour through the old, cobblestone streets of the city.  On the tour we were able to see some of the history through architecture, such as an arch built by the French back in the 1400’s.

After our tour we sat down for a nice lunch (in air conditioning!) and then packed up to head out to the Miraflores Lock of the Panama Canal.  While waiting for the first boats of the afternoon to pass through the canal we watched a video giving the history of the Canal and were able to explore the Canal Museum.  Watching the boats pass through the gates of the Canal was amazing, especially considering much of the Canal is over 100 years old. We finished our long day with a big dinner and headed back to our hostel to prepare for the next day.  Tomorrow we pack our bags and head to the town of Santa Fe!

This morning, we woke up bright and early to pack up and take some salsa lessons! We learned four different dance moves and worked in boy-girl pairs to dance. After that, we got on the bus for a long six hour bus ride with delicious empanadas and pizza for lunch. Once we arrived to the hotel, we settled into our new hostel and walked uphill to an authentic Panamanian dinner where a young 13-year old singer showed us her album and some traditional Panamanian music.
– Mackenzie and Jyoti

At 6:30 everyone woke up, and by seven everyone was ready to start a long day. Today was the day of building a soccer field for Escuela del Carmen. When we got to the school we separated into two groups. Some of us built the border of the soccer field and others smoothed the interior of the field. After almost two and a half hours of work, we went back to the hotel. After a long break we went to a small organic farm. We got to taste many things, such as sugar cane, plums, peppers, bananas, and oranges. We also got to witness how to kill, pluck, and clean a chicken. Later we went out to dinner and then got to hang out with five children (to play games). Four of which only spoke Spanish. It was a tiring, but fun day!

We continued our service projects in the Escuela del Carmen this morning by mixing cement and leveling the ground in the soccer field to prepare it for concrete.  We rotated in groups between working and playing soccer with the local school kids which was really fun. The day was hot and the work was hard, but we made a ton of progress!  After returning to our hotel for lunch we headed back into town to play some sports with a PE class of 7th graders from the school of Santa Fe.  We then spent the afternoon hanging out in the center of town and passing time together in the park before dinner.  After dinner we headed to the house of Avis, a local tortilla maker and we learned how to make oljaldres. Ojaldres are fried bread patties that are then sprinkled with powered sugar.  They are not only delicious but also pretty easy to make!  Tonight we prepare ourselves for our final day in Santa Fe before we say our goodbyes and head back to Panama City.

We got an early start on the day to finish out our last day of service work at the Escuela del Carmen.  It was another hot day of mixing concrete but after the morning was over we had completed the perimeter of the soccer field with cinder blocks and made great progress filling part of the enclosed space with level earth that will later be covered with a cement surface.  At the end of our morning working, the children from the school and Principal Godoy presented each of us with a certificate thanking us for our work.  It was really special to share these past few days with them and we hope to stay in contact with the school by writing letters.  After saying our goodbyes to the school we headed back to our hotel for lunch and to change into our bathing suits to venture out for our waterfall expedition.  The bus ride through the mountains was long and very steep and we ended up picking up some students from the local school and taking them along our route toward their homes.  When we finally reached the trailhead, a local boy Alexis lead the way deep into the jungle (up some very steep hills!) to the most beautiful waterfall!  After such a difficult and very sweaty hike getting into the cool mountain water was beyond refreshing. We played in the water and enjoyed the refreshing break before hiking back down to the bus trying our best not to slip in the mud.  After the long bus ride back through the national park and to our hotel we showered, put on our nice clothes and hiked back into town for our final “despedida” (farewell) dinner with the local families.  Each family prepared an amazing dish for us and it was so neat to share our final dinner with them. We have had three incredibly full and memorable days in Santa Fe and now we have to pack our bags to head back to the big city.

We woke up early and said our goodbyes to Santa Fe. The majority of the day was spent on the bus as we headed back to Panama City. The ride was long and rainy but we had a great time playing music and games on the bus. When we arrived to the City we stopped by an artisanal market to buy souvenirs and gifts and of course had a mid-afternoon ice cream. After getting settled back into our hostel we got dressed up again for our final Despedida dinner and walked down the street to a wonderful restaurant. Tomorrow we wake up before sunrise to head home and while this week as flown by, we will remember our time in Panamá forever! 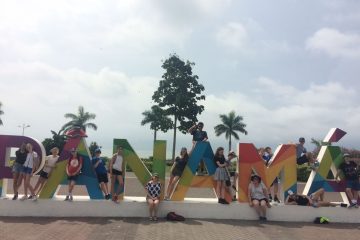 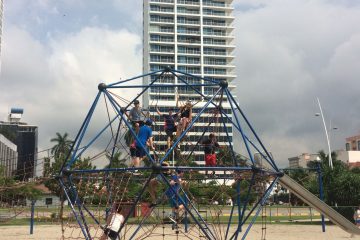 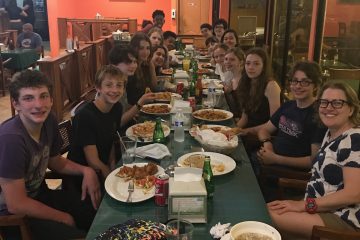 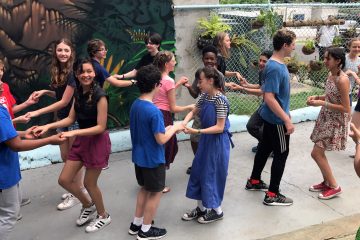 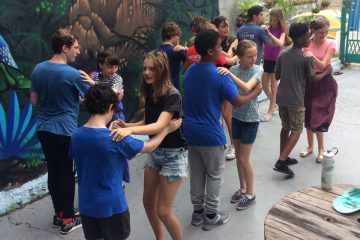 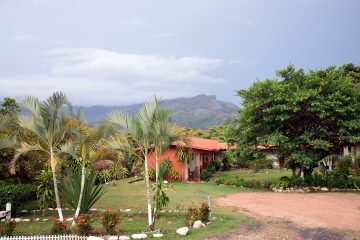 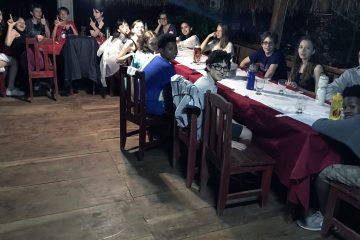 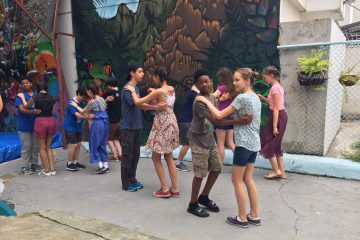 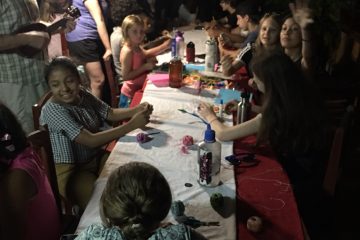 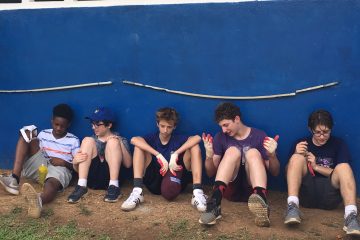 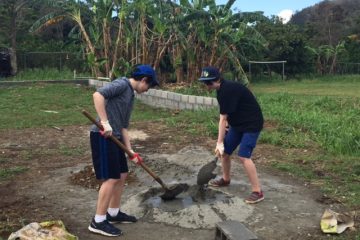 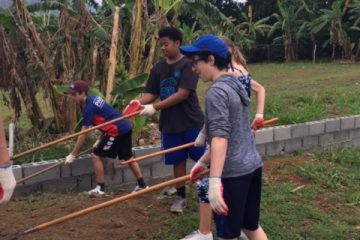 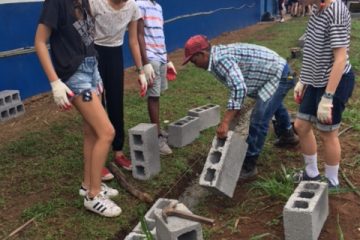 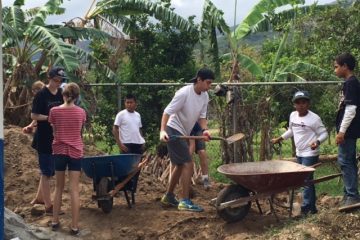 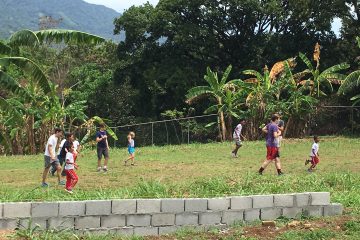 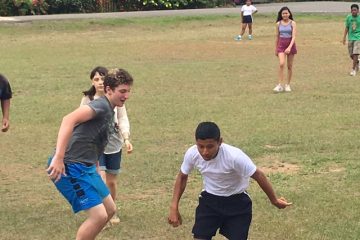 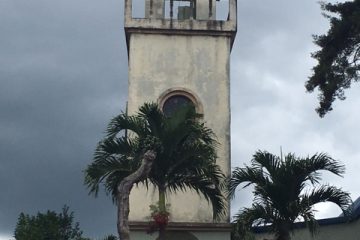 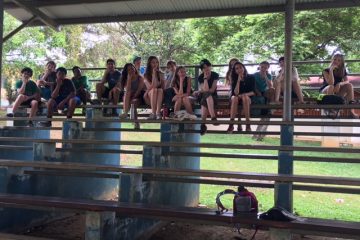 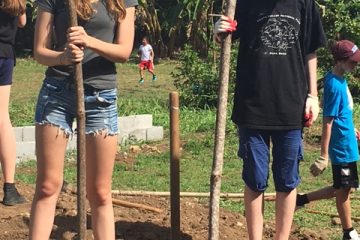 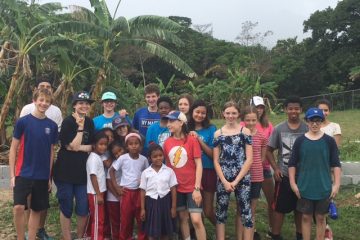 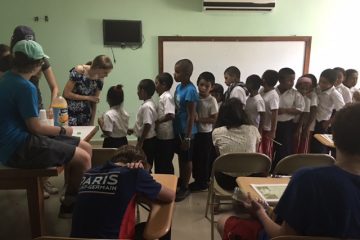 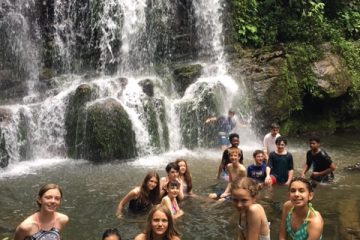 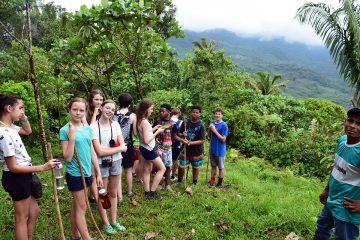 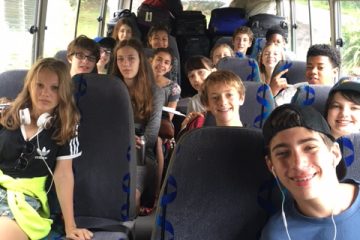 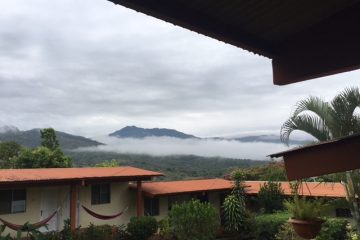 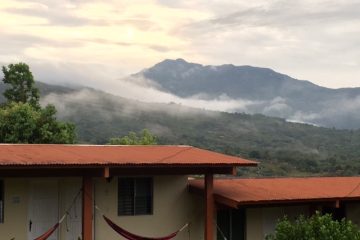 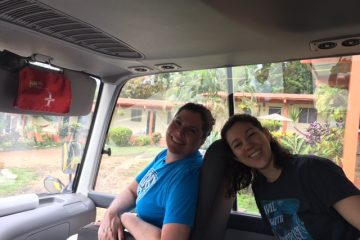 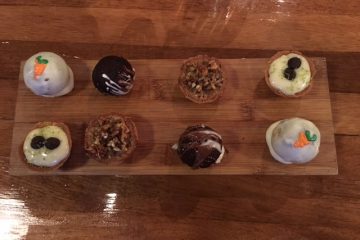