The group arrived safe and sound… and half an hour early! We met our leader Julie and headed off to the hotel. We then stopped on the way to the hotel to get snacks and personal supplies. Once we arrived at the hotel, we took  tour around lovely Residence Oceane, walked to the beach and used the pool. At 7pm, we walked to the restaurant which is just up the road from the hotel (3min walk). We had accras (fish bakes) for starters and the main course was Marlin with rice, green beans and carrot puree. Home made ice cream for dessert was tasty.  After dinner we returned to relax in the the pool until 10pm.

Our first real day in Martinique started with some rain showerers. So we began the journey with a rather wet walking tour of Fort de France discovering a little of the local history. We saw statues of the first ever French settler, Pierre D’Esnambuc and a headless statue of Josephine De Beauharnais (Napoleon’s wife) who is originally from this island. Later we tried our our French bartering skills at a local market while discovering different fruits, vegetables and spices. Then we had some free time for lunch.  In the afternoon, we took a shuttle boat to the town of Trois Ilets to visit a museum on local history and slavery. From the museum, we drove back into Trois Ilets town center and had a bit of free time before dinner. Dinner was savory pancakes called galettes. We were back at the hotel by 9.15pm

The weather was improved today, and the sun even came out by the beginning of the afternoon. We departed the hotel at 8.45am and visited the last remaining sugar factory on the island. Sugar plantations were a huge part of the economy here and a big reason behind the slave trade here. There, we learned about the process of making sugar from sugar cane and even had a chance to taste the syrup and the sugar at their different preparation stages. We drove back to Trois Ilets for an afternoon adventure of sea kayaking. We toured the maz of mangrove, where the marine life abounds. We learned about the importance of these mangrove trees that are a natural barrier against heavy winds and hurricanes.  We saw indigenous crabs, birds, fish, and much more. We stopped on the way back to order pizza for dinner and ended the day with pool time!

We spent the day in the southernest town of Martinique, Ste Anne. We met up with a local farmer named Malik, who runs Le Jardin de la Santé. He walked us through his organic garden showing the group many different types of fruits and vegetables and explaining their virtues and how to cook them. Then we all helped weed the rows of peppers. Lunch was prepared by Malik and his cook : grilled chicken, with local roasted vegetables and fruit cocktail for dessert. We also tasted some local fruit juice which was very tasty and refreshing. From there, we went to the Val D’or Mill an 18th century sugar plantation mill, recently restored. The guide described how the sugar cane was cut and then transported to the mill using mules. We got to taste sugar cane. Before returning to the hotel, we spent a few hours at the Saline beach, a white sand beach. One of Martinique’s most beautiful beaches.

In the morning we went to the Bèlè House (La Maison du Bèlè). Learnt the history of Bèlè. A type of dance from Martinique, with also singers and drummers. After the introduction, we learnt a few of the steps. The group had great fun! We had a slight change of plan, as the group wanted to see the volcano. So after the Bèlè dancing, we headed towards Mount Pelée. Unfortunately the weather was not so good, we didn’t really see anything. We had lunch at the foot of the volcano and decided to get back to the hotel and enjoy some pool time. On the drive home, our guide, Julie, made an unplanned stop in the town of Le Lorrain to see the black sand beaches. When we arrived, we met a local women who works for the town council. She showed us some turtle trails which had been made that morning. She explained that a turtle had come in very early and laid her eggs on the beach. It was pretty impressive.

We started the day with a visit of the Dubuc castle, which is very close to the hotel. We saw the ruins of an old plantation with its main master house, the kitchens, the sugar factory, the fields, the storehouses, the hospital etc…We had a little walk through the mangrove to a beautiful view point of the bay.After the visit we had lunch on site and then drove to our second museum. The Banana museum. The guide told us everything about the various kinds of bananas found in the world and on the island of Martinique. We eat some local cavandish bananas and drank home made organic banana smoothies. After the museum, it was back to the hotel as the group was preparing dinner for everyone. Chicken grilled with sugar cane (called Poulet Boucané) with roasted vegeatbles and a mixed salad. Everyone in the group had a task and accomplished it very well. Dinner was delicious !

Today we spent the day with students from Mongérald high school. We met with different classes and played various ice breaker games, in French and English. One class had prepared a slideshows introducing Martinique and also showing us how they had celebrated Easter. We exchanged culture and language. During the lunch break we tasted some local foods they had brought along and we watched some students dance the Bèlè. They invited us to joined in. Which we did and really enjoyed. At the end of the day, it was quite difficult to say goodbye. But many students exchanged contacts and promised to keep in touch.

We stayed in at the hotel and packed, preparing for the flight home. After lunch at the airport, we headed for home 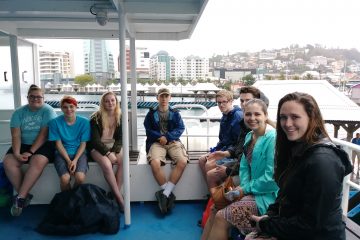 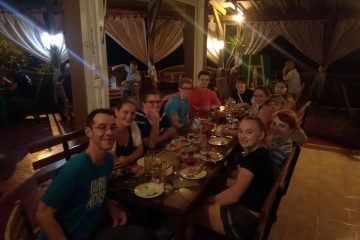 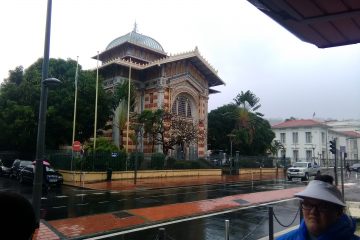 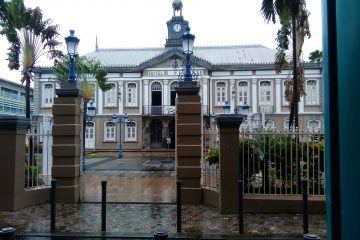 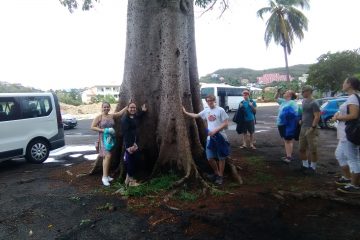 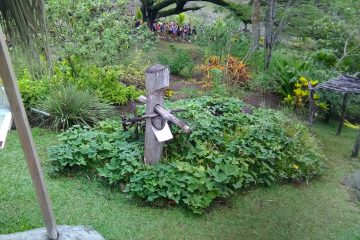 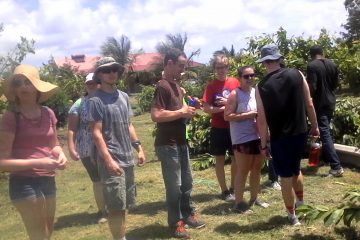 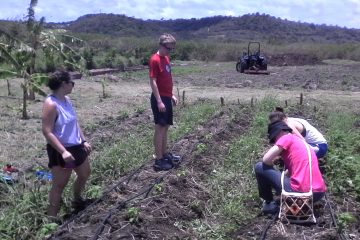 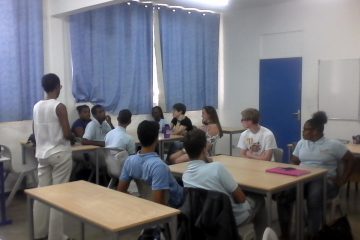 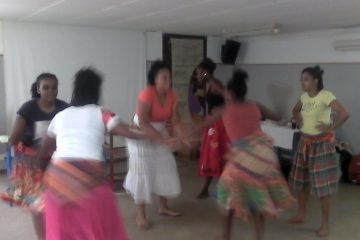 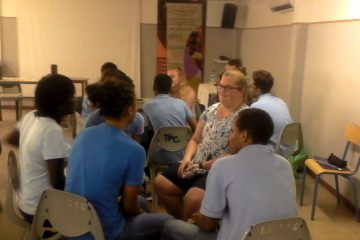