The beginning of the New Orleans trip: many of us didn’t know what to expect from the briefing. We got on the plane watched movies, and ate junk food. When we arrived, we ate New Orleans grilled cheese at the Big Cheezy. We went to our cabins in the middle of the woods at Bayou Segnette. We saw alligators and snakes in the Bayou. We were extremely tired and went to bed in our floating cabins.

We began the morning by climbing a giant oak tree and playing games with each other. Next we took a streetcar to lunch at VooDoo barbeque which had plentiful drink choices and some tasty French bread. Then we toured the Whitney plantation where we learned about how slaves were sold and abused in 1700-1800’s New Orleans and how emancipated children told their tales of hardship. We focused on this dark part of American history for about an hour and a half and ended the day with some delicious homemade tacos and finished the night with some self-reflection as we prepare for tomorrow’s hard day of community service.

Today we woke up around 6:30 to get ready for breakfast at 7:15. We ate cereal, toast, fruit, and much more. We also were responsible for making our lunches. After eating, we hopped in the van and drove to the lower ninth ward. While looking outside the window we saw the foundation of houses without the wood and roofs. To see such a devastating image really made us motivated to volunteer. When we first got to Common Ground Relief, we were greeted and had a discussion about the importance of replanting trees and grass in the river banks. We then drove about two blocks to the nursery and loaded up the truck with trees. We then drove about half an hour to the marsh and started planting the trees. We had to tie tree markers on the trees and then we planted them. The trees are supposed to help stop floods by slowing down the water. We figured out in the end we planted a total of 114 trees. After the hours we spent volunteering, we went to a local sno ball place called Pontilly Sno and we had New Orleans snow balls. We then returned to the cabins and relaxed and then ate pizza and watched the Olympic’s. Overall… it was a great day.

The group woke up at 7:00. Personally, I am thankful because I got an extra hour of sleep from the hard work of planting trees. We left home base at 8:15. Sadly there was traffic. We triumphed through the traffic and made it to the heavenly heaven of Mardi Gras World. We walked, eyes boggled, and were amazed by all the the floats and costumes. Each float was a unique spin on a shared topic. The colorful floats blessed each and every one of are eyes, and we truly realized the beauty of man and man’s creation. We finished Mardi Gras World by a fun costume party, but not before going to the gift shop. Some us us got Kazoos. We made the band Drew’s Kazoos. Andrew on harmonica, Quinn on Kazoo, Elijah on Kazoo, and Henry on Kazoo.

We left Mardi Gras world to go to lunch. We went to a local seafood restaurant. When I see food, I eat it. We all had Po- Boys. A name for a sandwich. We had the choices of catfish, shrimp, chicken, and ham and cheese. I got catfish. It was a first or me. I enjoyed it. Tasted like marbles (nothing). After the Po-boys, we went to the Swamp Tour. The tour was a thrilling experience. We saw alligators, turtles, birds, and pigs. We fed the piggies marshmallows and a couple of the alligators. After we left the swamp tour, we went to the park. It was Louis Armstrong Park. In the park, we went to Congo Square. Congo Square is a place in a park dedicated to slaves. Slaves would meet up there to dance every Sunday. This is because slaves had the day off on Sunday in Louisiana. We played a fun game of three flags up. Andrew (I) won, a lot.

We left the park and went to Dat Dog. I experienced new flavors and foods at Dat Dawg. I got a turducken. Quinn H.r won 11 toys from a claw machine. We then came home. We played a fun game called “family”. Its played like this. You pick a famous character. You then give your paper to Kayley. She reads it Thrice. Not once not twice but THRICE. You then guess other people’s character and the person who has the most people wins. Then we sleep. THE END
by Hannah and Andrew H.

February 21, 2018
7:00am: I hear the noise of Peter’s alarm which for some reason he put on the bottom when he was on the top so after three pillow throws its off. We get on our working clothes and head to the communal cabin for a nice breakfast at 7:30am sharp. After eating toast and a bowl of Captain Crunch Berries (which were great) we all packed into the van and took off to City Park. We then met up with this man named Tyler who ran the park and volunteer work. We were set to repaint and refurbish a dock to look out on a beautiful pond and benches for eating. After an hour and a half of scraping and painting the benches, the dock looked good as new. We then ate lunch and played a fun game of volleyball before we hopped in the van and go to L.O.O.P (Louisiana Outdoor Outreach Program), an organization that brings kids from lower income families to get out in the sun and go on adventures. They took us to a high ropes course – a giant patch of grass with about 10 giant telephone poles, which we had to climb up and do certain obstacles, which was very fun until…

One of the last ones was a giant pole you had to climb up and stand on, then jump to grab onto a bar and swing. Some people were able to, and some people were not. But in the end, people redeemed themselves and were able to grab the bar and swing down safely. After a 20 minute car ride, we went to a local Asian grocery store and then to get some of the best fried chicken in Louisiana at Cane’s, and then went home with not a single person empty stomached.

Today we went visited Greenlight NOLA (New Orleans Lousiana). Greenlight New Orleans is an organization including changing inefficient light bulbs with bulbs that are cleaner for the environment such as LED or CFL. They also build rain barrels for gardening and other purposes and also build gardens for residents. The team got to the main house of Greenlight to be given instructions for the day. Then, we were separated up into two teams. One group helped build gardens while the other group went to homes and replaced light bulbs that were not energy efficient. The first group went to multiple houses to build gardens from scratch. The team said “All of the residents who we helped were very kind and friendly and enjoyed our company”. The other team said “All of the residents were heart warmed by what we did for them. One even got teary-eyed.” In the middle of the day both groups ate lunch and then changed jobs. The first group went to replace light bulbs while the second group built rain barrels for residents living in the 9th Ward. The first group said “Replacing light bulbs was enjoyable. All of the residents were chill.” The second group said “Building rain barrels were easy. We talked to the residents and even one of their kids. We took pictures and had a good time. We even got free water bottles so it was a win-win!” Once we were done with our services we went to the store to buy food. Then we headed back to our cabins to eat pasta and enjoy our last night in New Orleans.

by Chelsea X and Eli C.

All Palm Valley students were awoken to the sound of alarms we were reluctant to hear. February 23rd was a sad cloudy day. But it was also a day of excitement.

Palm Valley students were bright eyed and bushy tailed after waking up with an extra hour of sleep. After cleaning our cabins and another cereal and milk breakfast, we packed our luggage and before we knew it we were in the French quarter. Our first stop was the infamous Cafe du Mond. After many beignets, and covering most of our cloths with powdered sugar. We left and established home base at Jackson square, we split into groups of three and set out to tour the French quarter. After an hour of buying souvenirs, we met up at Jackson square. Then we set out to eat at Mothers Best Ham. Feelings about the food varied from great to… not so great. From there was the long overdue flight back home. While every person was excited to see family, we all were very impressed with the wonderful Crescent city. 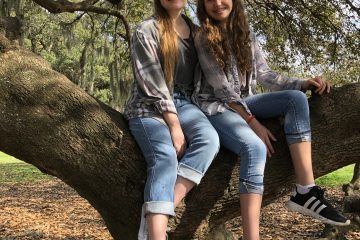 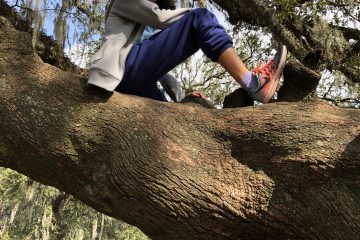 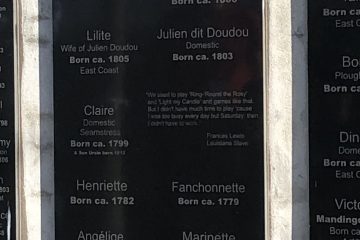 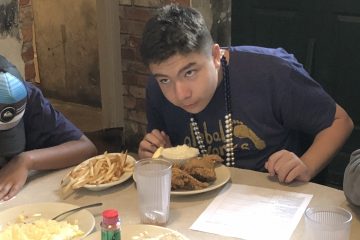 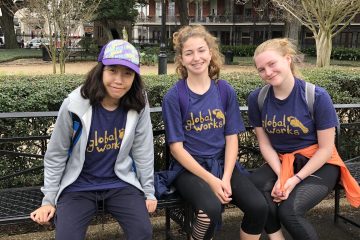 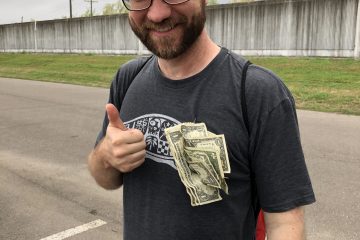