We took 2 flights from Denver to Reykjavik and then Reykjavik to Geneva. Once we got to Geneva, we were thankful to have fresh air, and check into our hotel. We got situated and then went on a picnic in a nearby park. The park had a school and sheep that trimmed the lawn, as well as a little kid who wanted to see what we were doing. We also had a snack. After deciding it was a little too stormy for a swim (though it never actually rained), we took the city bus to explore the lake front. We got ice cream, took a boat, saw the Jet d’ Eau, and explored some stores before going to a little restaurant to get chicken for dinner, with chocolate mousse for dessert! Now, we’re back at the hotel for an early bedtime, sleep-deprived and slap-happy. But, even very tired from our travel day (2 days?), we are very excited to explore Geneva more tomorrow!

Today, we visited the UN headquarters! We were given a private tour entirely in french and learned many things about it’s history, background, and overall mission. Several peacocks were spotted roaming the grounds having escaped the botanic gardens next door. Next, we walked to lunch at the top floor of the local mall and got to choose from many delicious food options. After waiting for a brief thunderstorm to pass by, we began a walking tour with our Swiss guide, Alex. We experienced Old Town, visited the parliament building, saw a miniature replica of Geneva, and got the chance to sit on the longest wooden bench in the world!

Afterwards, we visited the same mall where we ate lunch at where the girls shopped and the boys watched soccer.

After the long and exciting day, we were treated to a delicious meal consisting of chicken with mushrooms, and Zurich-style hashbrowns.

Bonjour! Today our group spent most of the day traveling. We took a charter bus from Geneva to Lyon and then a train from Lyon to Avignon. Soon the group realized that there were a lot of differences between Geneva and Avignon. For example, the environment is a lot more upbeat and happy. Not to mention, there is a wall that fortifies the city making it small and safe.

Later today, we took a walking tour of the city and saw the Pont d’ Avignon and the Palais du Papes and learned the history behind it. We visited a small art museum with paintings by artists such as Van Gogh and Picasso. We then had dinner at a Moroccan restaurant and ate tajine and couscous. After that, the group went over the norms we should respect while being in France. These expectations included French introductions such as kissing in the cheek. We practiced this even though it was embarrassing. There was lots of laughing and French people watched us from afar. Also, there were puppies that came to visit us across the park and we were distracted for about 20 minutes.

After a delicious breakfast of croissants, fromage, and jus d’ orange, we made our way to the market in Avignon, called “les Halles.”  We split into small groups to find the ingredients that we needed to make a picnic lunch for the group: bread, cheese, meat, vegetables, fruit, and dessert. Once we had the food, we made our way to a park next to the river and made sandwiches for lunch with the fresh food. In the afternoon, we went on a treasure hunt in the walled city, then visited the Palais des Papes. We took a tour of the Palais and learned about the religious history of the site. We then took some time to relax, walk and shop in small groups before we made our way to le Vintage (a restaurant) for dinner. We learned about our host families and had some time to chill before going to bed.

With a late start to the morning in Avignon, the group had a quick breakfast and took a bus to the Pont du Gard, an ancient Roman aqueduct, for a day full of swimming and laying in the sun. We had a small picnic near the water and after nearly two hours we continued on the bus to Carcassonne. We arrived in Carcassonne around 5:30 pm on Saturday evening at a little hotel. Here, the group waited while all of the homestay families arrived. After a short welcome full of food and first attempts at speaking French with the families, we all went our separate ways to our new homes for the week. Activities that night varied from bowling to dinner parties and the night ended with a late dinner for most of us.

June 12, 2016
Today was our first full day with our homestay families, so we spent the whole day getting to know them and what day to day life is like in Carcassonne. Some people toured the main castle, or played games with their family, or even swam in the Mediterranean Sean! At 6:00, all of the families and kids met at the Lac de la Cavayère for a picnic dinner. After about two hours, families decided to part ways and get ready for the beginning of the week!

– Grace B. and Avery

In the morning we went to Carcassonne’s walled medieval city, called La Cité. We first visited the church, which had los of big stained glass windows. Then, we visited the chateau in the center of la Cité. And then we split off into groups and had some free time to explore la Cité. Some of us went into candy shops and some of us got souvenirs. It began to rain so we found some shelter and ate our packed lunches from our families. In the afternoon, we visited a “grotte” (cave) in the mountains. The cave went for 1/2  a mile and at the end there was a cool light show. Afterwards, we played games with the group and ate biscuits. Then we went home to our respoective families.

We started the day by going to the Archives of Carcassonne. It had millions of valuable documents and it was a really rare experience because not everyone gets to see it. In fact, very few people do. We saw a document with Charlemagne’s seal from 790 AD and got to hold books from the 1600s! After that, we drove in the direction of Narbonne to work on “capitelles” (ancient shepherd’s huts) with a group called “The Power of Change.” They explained to us that shepherds would rest in these capitelles and would follow the green grass while herding their sheep. They split us into two groups. One group got to move a whole bunch of rocks that will be used to restack and rebuild a capitelle. What that group did in two hours would have taken “The Power of Change” a whole day. The other group got to hike, explore the capitelles that were already built, and talk about them. The hike was the same duration of time learning about the Archives of Carcassonne. The capitelles were very cool and we’re excited to return to the site tomorrow.

Today, we had a 45 minute bus ride to the same site we worked on yesterday to switch groups. Half of us went on a hike to 2 “capitelles” (shepherd’s huts) and had a nice view through the gaps in the trees. The other half made a pile of rocks by deconstructing an unstable wall and put a doorway on a capitelle. We made some good progress! After the steep climb back up, we had a very large lunch followed by offers of more food by the people that we were working with. We then got to drinve to an afterschool day camp where we played with little French kids. We split into four groups and taught different activities in four rotations of children. The ages ranged from 6 – 12 years old and the activities we planned were drawing, soccer, bracelets, and dancing. Each group was also able to teach some English. For example, the dance group taugh “right” and “left” and different parts of the body while teaching dances like the macarena and cupid shuffle! After a drive back, we met our homestay families. Crissie, Grace, Avery and Paige went shopping with our homestay sisters and a friend. We also went to a tattoo shop to get fake tattoos (obviously not real). We went home and had some savory crépes for dinner that our homestay mom made for us. Then Crissie and Paige watched “les Indestructibles” (The Incredibles) and then went to bed.

After a very French breakfast of croissants and coffee with our host family, we met at the high school to take the bus to Collioure. The bus drive was long and once we got to the town the weather was cool and cloudy so we decided against swimming. We took a quick group picture on the breakwater light house pier and, instead of swimming, we mostly went shopping, with a little break for lunch. Mid-afternoon, we split into two groups. One group went to a modern art museum, which was more like a gallery of local artists’ work, and the other group toured a chateau that used to be the summer palace of the Mallorcan royalty. Afterwards, it started to rain, so we got some sweets to finish off the day and got back on the bus to return to our host families in Carcassonne. Il était un jour très genial!

First, we picked up Bernard of the Power of Change group and he gave us a tour of Minerve, a small village with a large tunnel carved by water through the mountain. After walking through the tunnel and village, we visited a school. We ate lunch with the young kids and sang songs with them, surprising them by joining in on their song which is in the regional French language of Occitan. Then, we drove to a nearby site where the Power of Change group was working to reconstruct a wall surrounding a large rock tower from the Middle Ages. Once a place in ruins, the group is working to make it a place to hang out again. Finally, we returned to our homestays to spend our last night with them.

Today, we met at the train station in Carcassonne where we had to say goodbye to our homestay families. We were traveling almost all day: we took a high speed train from Carcassonne to Lyon and then a regional train from Lyon to Annecy, arriving at about 6 pm. We settled into our hotel and then walked to dinner in the old town where we had pizza and ice cream. It was raining on and off, but it cleared enough for us to walk to see the lake after dinner. It was is our last night in France. Tomorrow morning, we take a bus to Geneva airport and fly home. Au’ revoir! 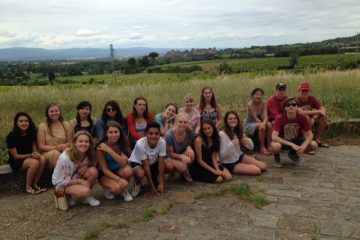 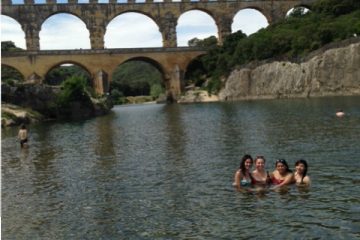 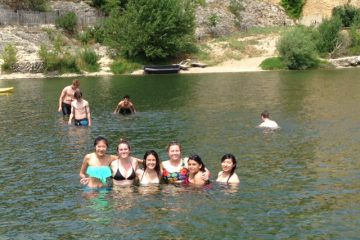 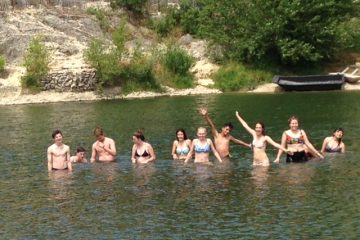 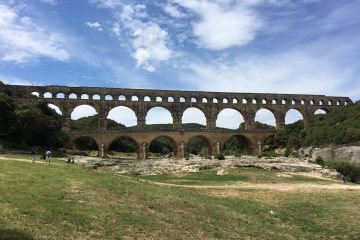 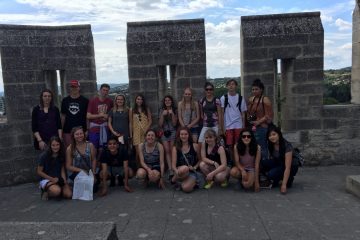 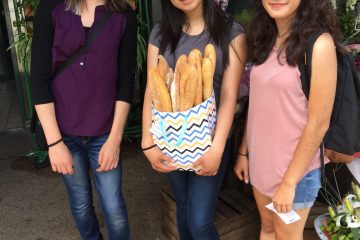 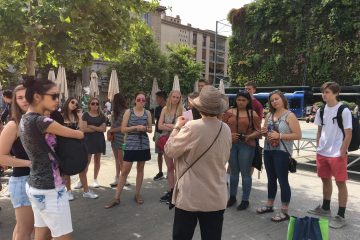 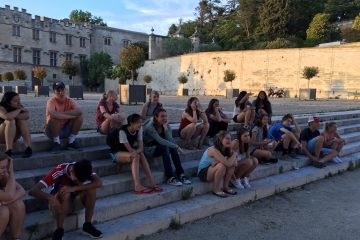 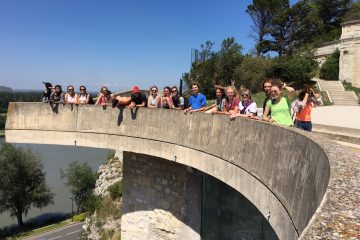 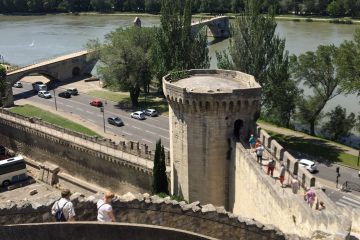 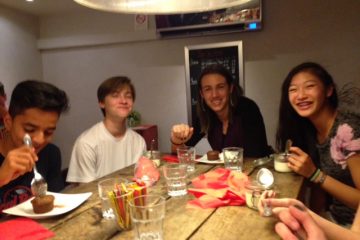 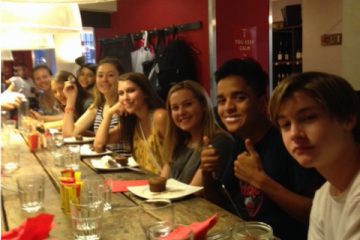 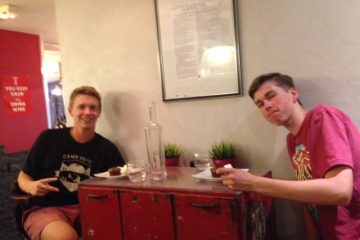 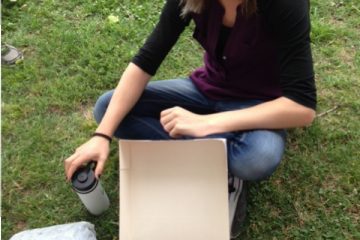 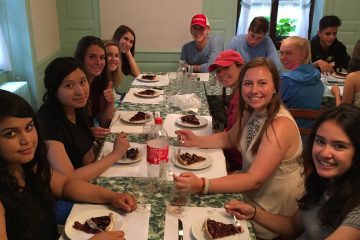 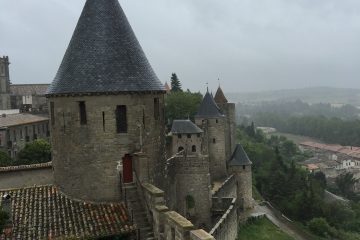 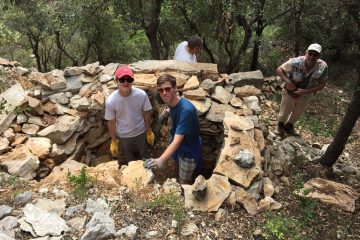 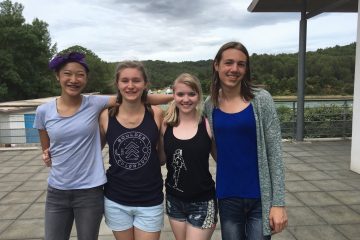 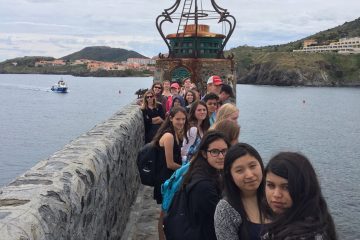 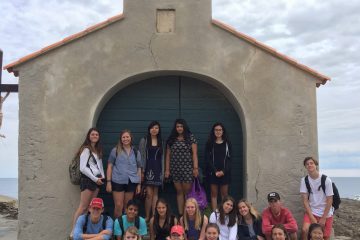 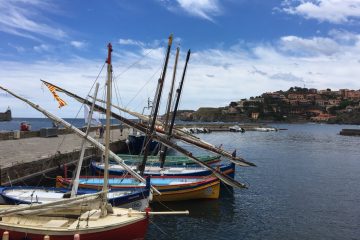 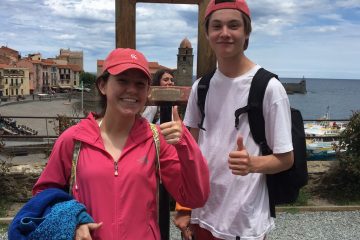 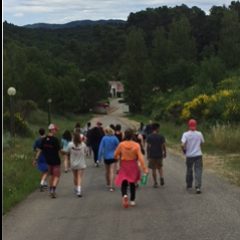 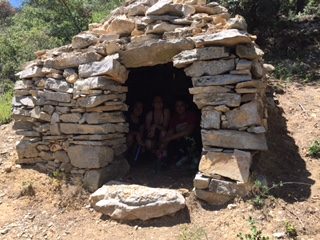 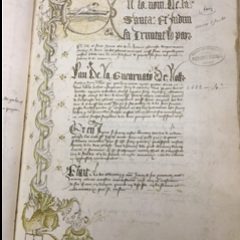 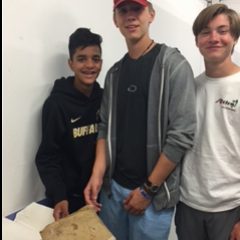 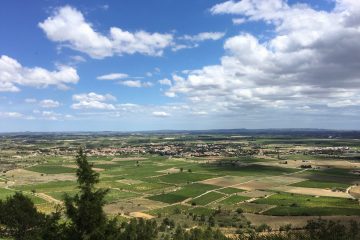 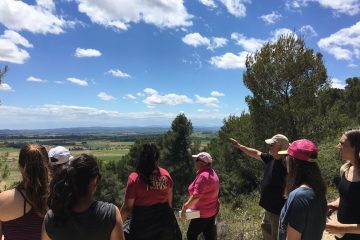