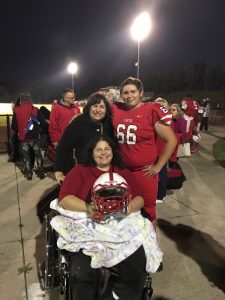 Jack is currently a Junior at Canton High School in Canton, Michigan where he is enrolled in his school’s STEM Biomed program to prepare for a future in Medicine. Ever since he was very young he has known that he wanted to make a difference. Of course, when he was 4 years old it was a tough choice between Power Ranger and Medicine, but now that he has settled on becoming a Physician he has been working hard to prepare himself for the rigors of Medical School.

He has a challenging curriculum of AP and Honors classes, which although sometimes a struggle, are also key to preparing him for his future. He also has completed 4 years of Spanish, which will come in handy both in Costa Rica as a Global Works Ambassador and in the future when he plans to volunteer for Doctors without Borders after he becomes a doctor. Jack believes that giving-back is a life-long commitment and hopes that this Global Works adventure will be the first of many trips to provide health care to the less fortunate.

Jack also plays on the Offensive Line for Canton’s 2017 District Champion Varsity Football team. Being part of a competitive team means that he has had to juggle workouts and practices with an extremely challenging school schedule. However, he has taken on this challenge with a smile and has achieved one of the top GPA’s on his team ever since his Freshman year.

When not playing football or studying for school, his other interests include archery, minimalist camping, hiking, mountain climbing, zip lining, and adventuring, both online and in the real world. His love of adventure and excitement even led him to taking stunt man courses where learned how to sword fight, tumble, high fall, fly-wire and shoot a gun; he is also an experienced horseback rider and barrel racer.

Jack’s love of adventure and hard-work ethics will serve him well during his visit to Costa Rica this summer as a Global Works Ambassador. He knows that the experiences he gains will not only help him possibly get into college and medical school, but that working and living in the community will make him a kinder and more compassionate healer as well.