Today we arrived at our destination: Granada, Spain. The trip was long, but along the way we got a glimpse of the beautiful scenery in  this country. When we finally got to Fundación Escuela de Solidaridad (aka “FES”), our home for the next few days, we had time to settle in and get to know some of the amazing community members. Ignacio, the founder, welcomed us with open arms. The kids chased Matt around and stole his hat, and Grace K. was challenged to a duel on the tennis court during dinner. After watching a video and learning more about the foundation, we went to our rooms for the night. It has been a beautiful day, and we are excited for the rest of the trip.

We woke up this morning early and had a nice breakfast of tomatoes, olive oil, jam, and homemade bread at 8 am! Then we all went to La Casa Africana, a meeting space for the FES community, and talked about our personal goals for this week. We also established a few different leadership roles and signed a group contract to help us all keep our moral up throughout the week. We split into four different work groups and met our “ambassadors,” teenagers from FES who would teach us about the work we were doing. There are four jobs for the groups at FES: bread making, working in the garden, helping in the workshops with ceramics and other crafts, and creating the mural that will commemorate our visit. The bread making group made the bread that we later ate at lunch, and two different cakes: chocolate, and vanilla with orange; they were both delicious! In the garden, we planted eggplant and pepper seedlings, and helped weed. We also created a design for the mural, which will be a heart with a background of the US and Spanish flags, with the words that make up the acronym SPICES, an acronym that stands for the six Quaker testimonies, in Spanish and English. After a nice lunch, where we got to integrate ourselves with the other members of the FES community, we all got ready to go into Granada for a Semana Santa procession, dinner, and a late night Easter Mass. For dinner we split up into groups and enjoyed various delicacies along a long street of restaurants; among the foods sampled, olives, manchego cheese, octopus, cured meats, tortillas, croquettes, and more. One group even got to cook their own dinner! After dinner and an ice cream break (el dulce de leche está riquísimo) we went to the procession. The procession was beautiful, with a large parade full of hundreds of participants in traditional garb, heralded by Spanish music. Once the procession ended, with the statue of the Virgin Mary and Christ being carried by dozens of men into the Cathedral, we went to Mass in a different church. The Mass, entirely in Spanish, included many songs, a priest’s spattering of holy water, and a communion at the end– for some of us, our first. Finally, we returned to FES for much needed rest.

In the morning after breakfast, we once again divided into work groups after a short meeting for worship. Work on the mural continued and it’s coming along nicely. We made more delicious bread, made more arts and crafts, and worked more on the garden. After some classic frisbee and lunch, we headed out to Granada again. After an exciting group game, we had some free time to shop and snack before we went to La Alhambra, the medieval Moorish palace. Our tour guide, Oscar, took us through the many miles of beautiful gardens and incredible buildings. The stunning colored tiles and well-made fountains were still there after thousands of years. Being able to see the view of Granada from the top of La Alhambra was a once in lifetime experience. After exploring La Alhambra for a few hours, and finding some clutch wifi, we made our way back to the Old District of the city for dinner. To get to the traditional Moroccan restaurant we would dine at, we went down some alleys that were so tiny they weren’t even on maps, and most of the locals didn’t even know where they were. The restaurant was extremely unique and separated everyone by what main courses they wanted, but everyone ended the meal with sweet tea and baklava. On the walk to the bus, we got to see another beautiful view and ended our night on a great note.

March 28, 2016: Una clase de Flamenco
We started the day off with a delicious breakfast and a short meeting for worship. After discussing the schedule for the day, we divided into work groups and continued our service. Those who worked in the garden trimmed rose bushes, planted grass seeds, and learned about the history of the FES garden. The mural is also progressing well thanks to the group that worked on it today! During lunch we ate bread made by our fellow group members. After lunch, we ventured into Granada  once again. Almost everyone bought ice cream from El Italiano, the best gelato in Granada. After touring the city, we a visited a theatre restaurant and took a flamenco dancing class. We then learned different moves and even got to experience the dance movements with partners. After an amazing tapas dinner, we enjoyed front row seats to an incredible flamenco show.
We can’t wait to see what tomorrow’s adventure will bring!!
¡Hasta Luego!

Today we said goodbye to the community of FES. It was a very sad and sweet at the same time, and all of us feel that we would not want to trade the experience for the world.  Then we headed on the bus towards Córdoba which took two hours. Once we arrived, we went to Mesquita de Córdoba and were in awe of the beauty.  After The Mesquita, we split up into groups for lunch and shopping.  after that we took a hour and a half bus ride to Sevilla.  We got settled in our hotel rooms and had a little down time.  Then we headed out into the city for some shopping and split into groups. Then we went to dinner in an amazing tapas restaurant and had a TON of food. Now we are going on a night walk through Sevilla, another great day in Spain. 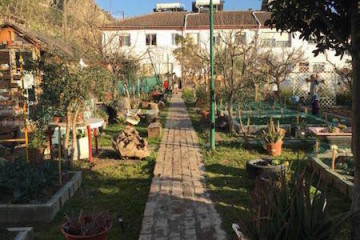 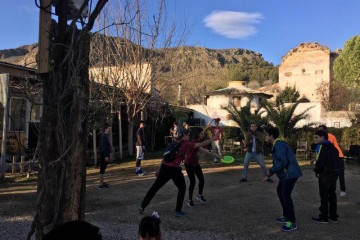 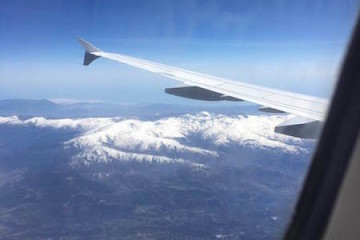 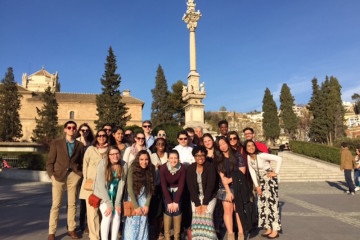 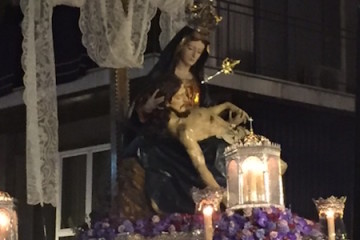 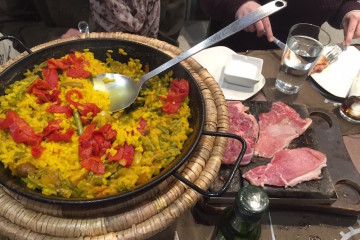 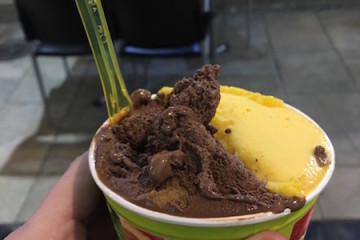 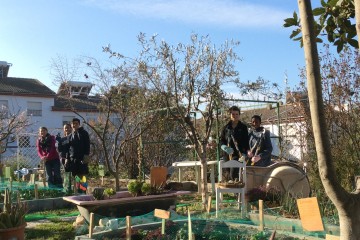 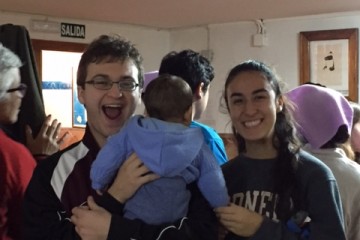 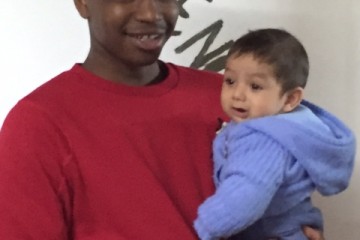 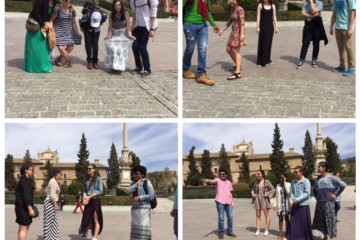