Polar Bear Research in the Subarctic 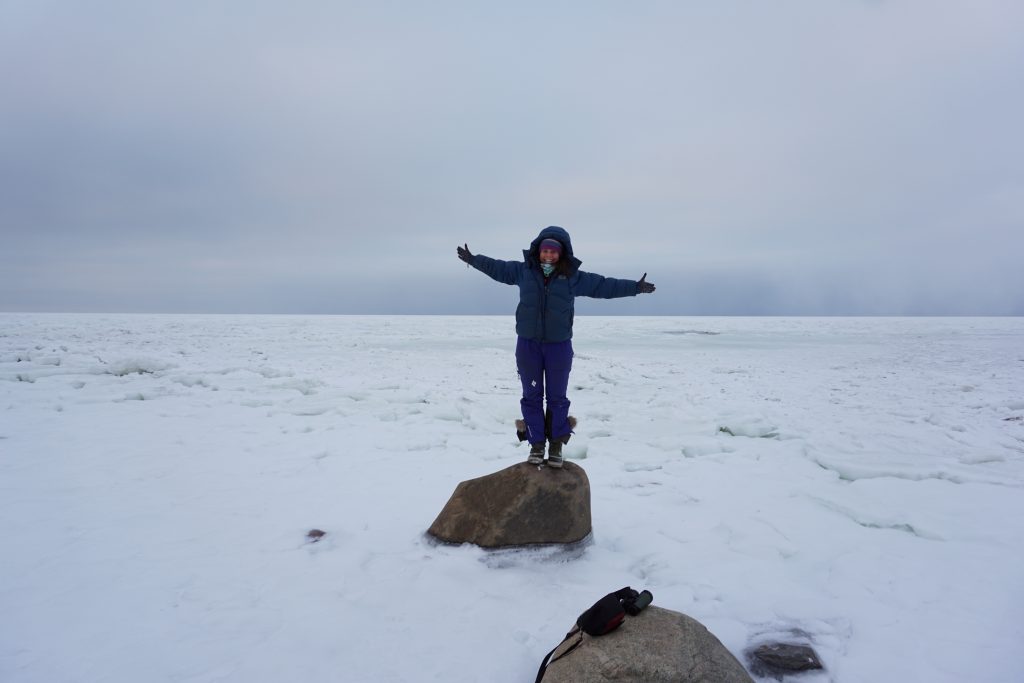 In early November I packed my bags and set off for a five-day course in the southernmost habitat for polar bears in the subarctic region of Canada. Four flights landed me in Churchill, since the three-day train trip was out of commission due to flooding and incapacitated train tracks. Churchill is a small town of about 900 people located on the Southwest corner of the Hudson Bay. It’s a unique town, situated along a polar bear migration route, where they arrive each fall and patiently wait for the first sea ice to form on the Hudson Bay.

Once the sea ice forms, polar bears venture out forty miles out onto the bay to hunt for their sole food source: the ringed seal. The bears remain on the ice all winter and spring, returning to land in late June, or whenever the ice breaks up, which seems to be happening earlier and earlier each year. Early November is a popular tourist season for polar bear viewing in Churchill. Visitors from around the world travel to this unique location to see the bears in their natural habitat. 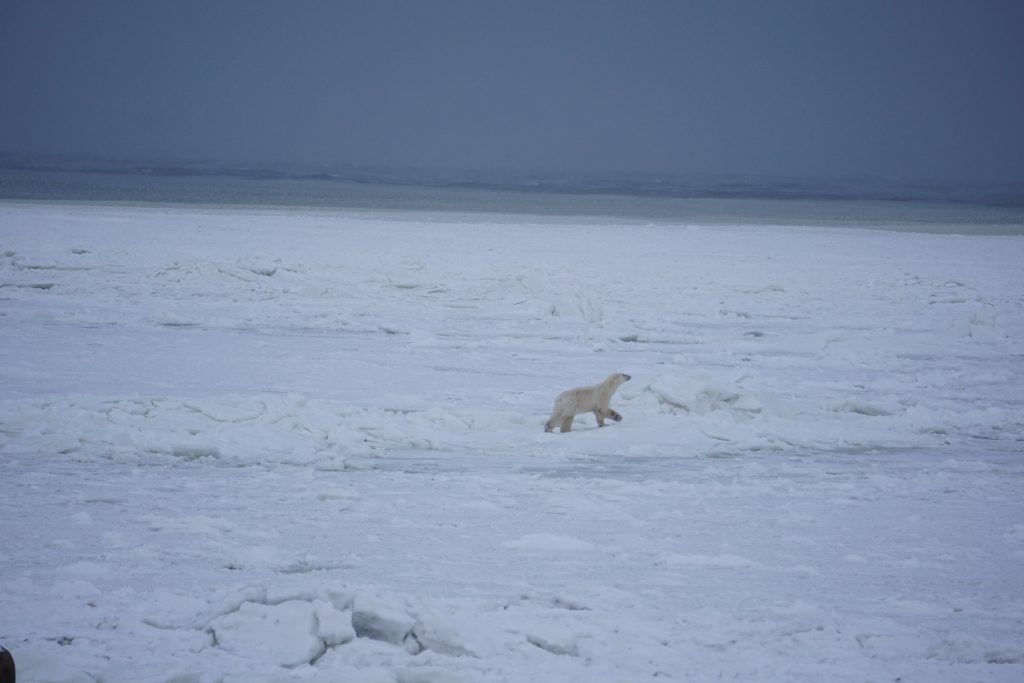 For five days, our group of six loaded up on a white school bus and drove around the surrounding areas of Churchill looking for bears. We sat glued to the windows scouring the land for the special creatures. We learned that ancient Inuit traditional knowledge said we shouldn’t hope to see a bear, because, “if you are looking, it won’t come to you.” With the snow covering the ground and grey subarctic skies, they weren’t always easy to spot. But with binoculars in hand and six pairs of eyes, we usually found a few each day.

It was always special and exciting each time we saw a bear. Sometimes, we would sit for nearly an hour in the bus, watching the bear walk around, sniff, rub its back on a rock, roll over, sleep, yawn (which we learned was sign of stress), or lay down. It was remarkable experience to see a polar bear so close. Polar bears have the reputation for being ferocious and aggressive. True, the average bear weighs 2,200 pounds, but watching them from afar made me reluctant to believe they were killers. Watching between the glass windows of the bus, I felt sympathetic to their bad reputation.

Other than watching polar bears for many hours each day, we learned about the town, ecology, history, climate change, and tourism. We had a special lecture from the head of the Polar Bear Alert Program. The program is unique to Churchill and is necessitated by the town’s unique geographic location in polar bear country. Polar Bear Alert began in the 1980’s to keep both humans and bears safe and to avoid the many issues between bears and humans prior to its creation, including a few deadly maulings. The program employs five conservation officers who keep bears out of town limits and take problematic bears to a holding facility (or “bear jail”). These conservation officers generally go by the motto of keeping both people and bears safe.

The days flew by and the routine reminded me of the life of a polar bear. The life of a polar bear is cyclical year after year. Each year looks the same: they wait for ice, hunt, mate, give birth, return to land, hibernate, and repeat. Our days were the same from the moment we woke until the moment we laid to rest. We ate, watched for bears, explored the town, and attended evening lectures.

A trip with Great Bear Foundation was certainly a once in lifetime experience. It’s important for younger generations to see and learn about polar bears in their natural habitat. The world is changing fast, and so is the ecosystem polar bears rely on. I recommend any student, young or old sign up for a course if/when they can. They accept students of all ages, young and old, students and students of life. You can potentially receive credit through your university.

Stephanie Maltarich has been a Global Works leader on and off since 2010. She has taken students on adventures to Ecuador, Costa Rica, Peru, China, Nicaragua, Puerto Rico, and New Orleans! She is currently working on a master’s degree in Environmental Studies at the University of Montana. Her hope is to study climate change and storytelling, diving deep into how humans around the world are experiencing, adapting, and confronting climate change in their communities.