We all had an early day today. Our first stop was meeting up at Dulles airport at 6am. We were all tired but ready to explore Puerto Rico. On our first flight we had these interesting (caramel filled) waffles. When we arrived to Puerto Rico, we rode for an hour to get to our home for the next week, the big yellow house. Although we did not have a full lunch, there were an abundance of snacks for us to choose from. Next, when everyone settled in, we decided it was time to walk to the near by beach, where none of us got sunburned. After beach time, we returned and showered, followed by a catered Puerto Rican cuisine, and then we order extra food from a pizza place near by. We were super hungry. Finally, around 10 we all went to our rooms, played some games and went to sleep. Our first night in Puerto Rico, wheeeew!

Today was our first full day in Puerto Rico. We started with a delicious catered breakfast with eggs, sausage, pancakes and fruit. After breakfast, we all lathered up in sunscreen from head to toe and headed out for our first day of adventures. To begin the adventures, we drove an hour and parked at Viejo San Juan. Then we took a walking tour around the colorful, old city. On our walk, we saw the third smallest residence in the world, only 5 feet wide, we learned about Juan Ponce de Leon, and el-Morro. We stopped for a tasty, traditional Puerto Rican lunch of cube steak, trifungo, and garlic chicken, and then for gelato popsicles. We had time to do some shopping before we left for the beach. We drove about an hour to a new beach that was covered in volcanic rock where we we swam in the cool, blue water. Around 6:00 we returned to the big yellow house for dinner and our closing meeting. In our meeting we discussed plans for the next day and learned more about our first project with the community in Villa Del Rio. We ended the night with a brief meeting for worship and expectations for the work day tomorrow.

Hey all you parents out there, parenting it up! Don’t get too crazy out there this Independence day! Our day was a real party! We started off the morning with an all-American waffle and omelette breakfast, or as they say in Spanish, “desayuno.” We were told to eat heavy to prepare us for the adventure ahead. We got into the vans and rolled out, running into a lot of 4th of July traffic on the way.  We arrived in the town of Villa del Rio in Vega Alta, which had been destroyed by hurricane Maria.  We started the day adding rebar to the base of the house of the town leader, William, which had been decimated.  We then mixed a LOT of concrete by hand, 40 bags is total, and made a roof for a woman named Sam whose life had been destroyed by hurricane Maria. She told us her story which impacted  us all. She has gone through many hardships and it was amazing to see her strength and determination. The work, while difficult, was very rewarding. At about 2:00, we ate lunch with the community in an indoor basketball court. After that we did some more work and called it a day. We ended  our day with hamburger!
Ok that’s it. Bye mom, bye dad. We love you and are all doing great!

This morning  we started  off our day with pancakes and eggs with veggies and oatmeal. Then we left to go to the same village, Villa Del Rio. On the way to the village we took a slight detour and lost our way for a minute, but then, we found our way and met William, Victor, Angel and Eggy. Eggy  is the most enthusiastic person, who immediately wants to be your friend. Angel is like the dad of the whole community, who treats us like a family. He is very sincere, and had a kind heart. Today, we worked to build a roof for Angel’s daughter, Ana, and her 2 small boys. Yesterday we learned how to mix cement by hand, today we learned to work together mixing the cement by machine hauling buckets up to the roof. Ana did not have a place of her own and has been moving  from house to house. She wanted stability for her kids. In the first half of the day, it was approximately 5 million degrees. We finished half of the roof before lunch, working for 4 hours. After lunch, we cut our time in half and finished the second half of the roof. We were able to power through because of the delicious meal prepared for us by the community women. At the end of our work, we were able to meet with Ana and share our thanks for letting us be part of building her home. What a day!

July 6, 2018
Today we traveled to Tropic Ventures, also known as Puerto Rico Hardwoods. When we arrived, we were greeted by 3T (Thriti) and her trees that used to be luscious before  hurricane Maria. Our service was to move piles of dirt with shovels and pick axes and make a drainage system for the water when it rains. In a few hours, we did more work than 3T expected. That’s because we have a reputation for going above and beyond. After our service, 3T treated us with a trip to a stream down a steep hill and a dip into the waterfall.
On our way back to the Big Yellow House, we got to stop at Walmart which was a big highlight. Later on, after finally making it back, we had some beach time, with nobody else around and a beautiful sunset. When we got back to the Big Yellow House dinner was ready a fish, chicken, and rice. As usual, there was a race to the showers to be clean after the beach. With sand everywhere in the house, we settle into our evening meeting. Shoutouts were given, and a next day plan was made. With nightfall coming, everyone settled in there rooms and had ” little ” conversations till lights out. ✌?#puertoRico ✌?

by McKenzie and Kennedy

Sadly, today marked the last stretch of our amazing journey with the wonderful people of Puerto Rico. After a breakfast of waffles and fruit, we piled into the vans to head toward Villas Del Rio, preparing to work on the houses in the area for the last time. Upon arrival, today’s project was special in that we were building support beams for our good friend Jimmy, who we worked along side every day. Our job was similar to out first task because we hand mixed cement which we then poured into molds. At the end of the day, the beams would serve as the backbone of Jimmy’s house, which he will likely stay in for the rest of his life. Four hours and many blisters later, we were rewarded with delicious chicken burgers (veggie burgers too) and home-fried french fries. Sentimental goodbyes were enough to bring tears to the eyes as we left our friends, though we hope to return in ample time. Alvin showed us the wonders of a black-sand beach as well as an interesting wave pool. After much-needed showers and a dinner of rice, beans, and beef, we finished the day with an invigorating salsa dancing lesson. Tired from a long day of work, swimming, and dancing, we finally settled in for the night.

by Steven, Charlie, and Risa 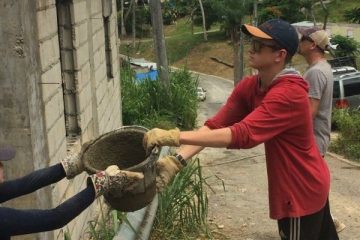 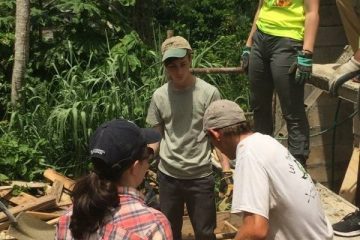 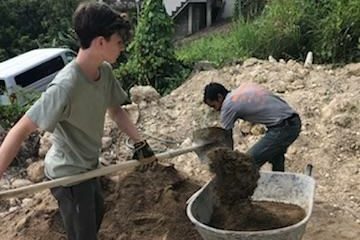 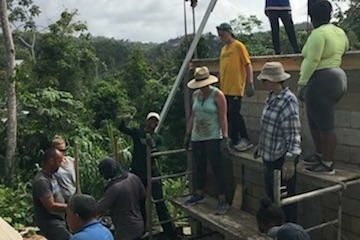 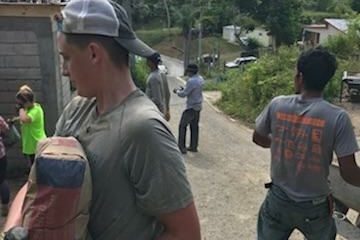 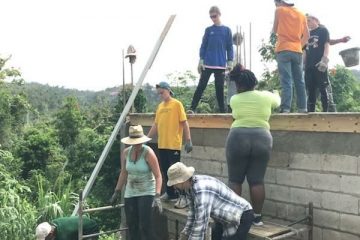 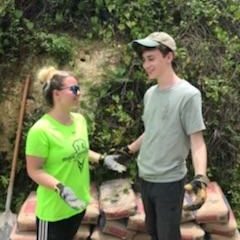 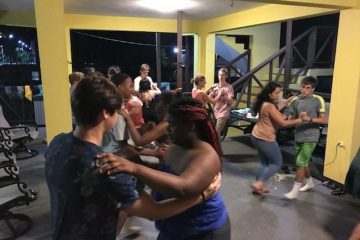 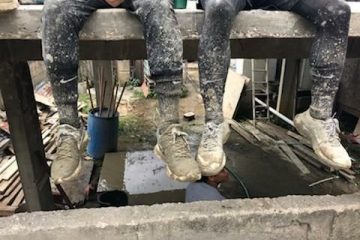 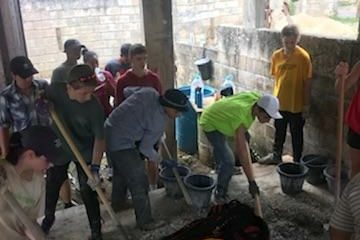 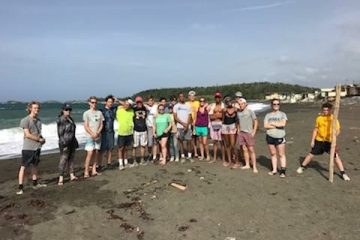 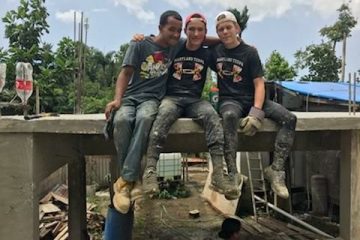 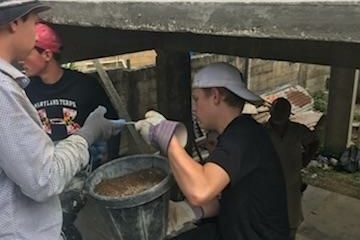 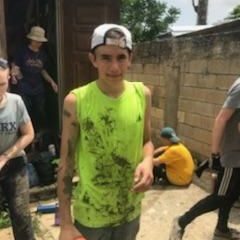 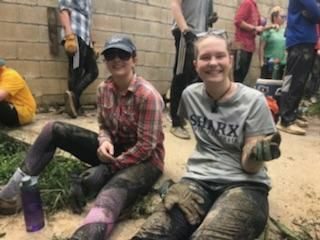