June 8-9, 2019
Hi families! I’m not sure how many hours ago it was that I saw you, but I’m writing this at 9:30PM (Spain time).  After our fun 3:30AM airport arrival, we began the journey to Malaga!  Sleeping was a little tricky on the plane and in JFK airport, so many of us were sleepy as we arrived to our new country. We met Ari and Hailey at the airport and took the bus to FES (Fundacion Escuela de Solidaridad).  Nearly all the students fell asleep on the bus! Sadly, I had coffee along with the airplane breakfast, so I failed at getting a quick nap in.

After getting settled in Casa 7, our house, we spent time getting to know each other and learning about FES.  We met a few residents as we walked through the facility and had a lovely lunch of salad, a rice and zucchini dish, fruit, and bread.  Up to this point everything at FES was awesome, but I think that the majority of us were most excited about the next part…siesta!  We got some much needed rest for the next couple hours. Poor Ari and Hailey had the daunting task of rousing all of us after siesta, and they may have confused us with zombies at that point.  I truly wish I had taken a picture of the post-siesta exhaustion! It was a real struggle!

We pushed through the exhaustion as we learned all about FES from Ignacio, one of the founders.  We learned about the many talleres (workshops) that they have to teach residents skills that can be used later in life.  Next was dinner which led to a second wind.  Regardless of this, the kids are in their rooms quieting down since we have a full day tomorrow and need to adjust to the time difference as quickly as possible.  This is hard since it’s currently 9:40PM and still light outside. After returning from dinner, I did a quick check-in about the food out of curiosity. Everyone gave me a thumbs up or middle, which I see as good news. Thanks for all your support!! 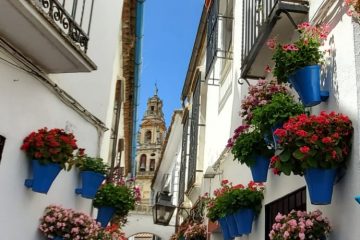