Today started in the airplane with everybody rubbing their eyes and talking about how sleep deprived they were.  When we get our bags, nobody lost any!  We stumbled outside into the bright warm day.  We were picked up in a private bus and ate breakfast (a Costa Rican “criolla”, mandarins, juice, and Costa Rican cookies).  As we drove we ‘oohed’ and ‘ahhed’ about the nature everywhere and the awesome houses made of brick and corduroy metal.  We dropped our stuff off  at the amazing hotel, Costa Verde Inn in Escazu, San Jose!  Next we took the bus to “Finca Dona Rosa”, which is an amazing farm that coffee, sugar cane, beehives, and a homemade swing set.  They had puppies and kittens too!  We made sugar cane juice and roasted coffee. We also opened a harmless beehive and collected honey.  We ate four different kinds of lemons right off the trees!  We also climbed through the tunnel of ‘amor’ which was  a beautiful leaf tunnel.  We picked organic vegetables which were the ingredients for our dinner soup!   We all ran around, laughed, danced, and practiced Spanish. We had a Pura Vida day! 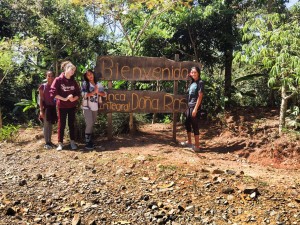 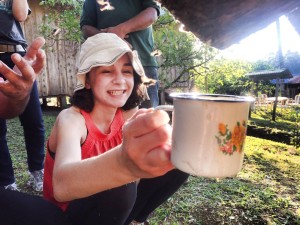 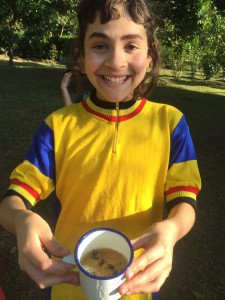 Wednesday was our first full day in one place. As such, it was eventful. Like any day, we were woken up for breakfast. For breakfast we had scrambled eggs, gallo pinto (rice and beans with some other veggies, etc.), and corn tortillas. Thus started a day of hard work. We got in our groups again, and some switched jobs. Alec and I shoveled gravel out of a truck, and then later helped make cement with Nick and Alex. Other people pulled rocks out of the river, one group scrubbed a fishpond, another painted rocks, and one last group chipped at the ground to pull large rocks out of a trail. Whatever you were doing, you didn’t do much stopping, other than a short snack of corn pancakes. We worked in the sun until lunchtime, which was a great relief to all. Lunch consisted of rice, beans, a staple food, potatoes, and coleslaw/salad. After lunch we played a game where we raced ten balls of different colors down the river in groups of five – four students and one member of the youth group. It was a fun distraction from the sun, and afterwards we worked again for about an hour. It was especially hot on Wednesday, and after we finished working we all changed into our bathing suits and went down the river to a wider spot for  swimming. The water was cold, so not many people went in, and those who did went back out soon after. A few kids got to play with some locals, and then we went back. We got free time until dinner, which was rice, beans, plantains and cucumber salad.

After dinner we went into a classroom and met a dance teacher. He taught us all how to dance the cha-cha and how to salsa. After we learned the dances we had to find a partner and dance with them. It was awkward at first but after the first two people I danced with it became more fun and not so uncomfortable. At the end of the dancing we were all really tired so we went back to our rooms to go to bed. When we were in bed Nisrene and Uschi gave us a really good caramel coffee thing that tasted like watermelon and made us really hyper. After we got all our energy out we were super tired and we went to bed. It was a good day and we did a lot of stuff we were looking forward to. 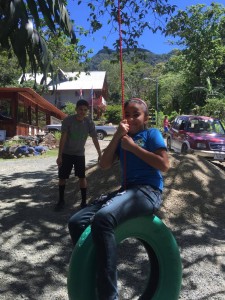 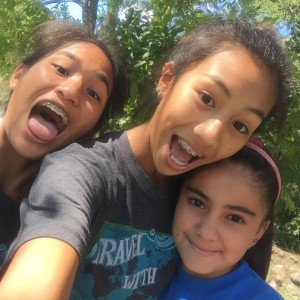 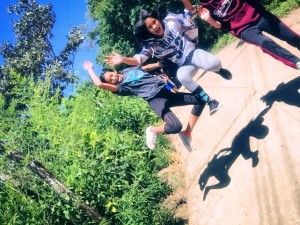 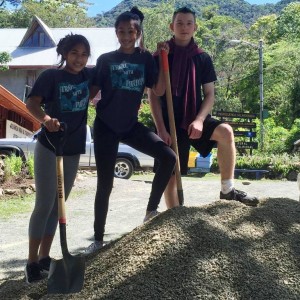 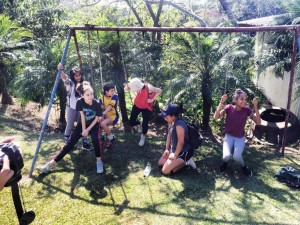 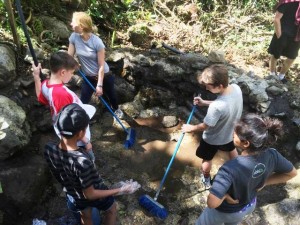 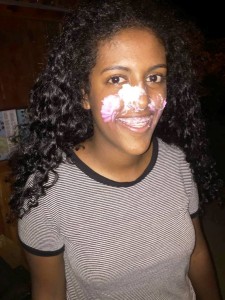 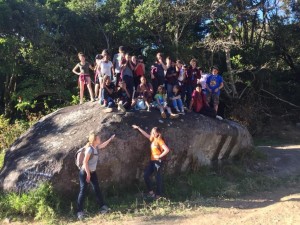 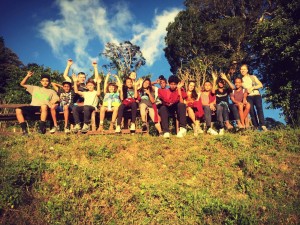 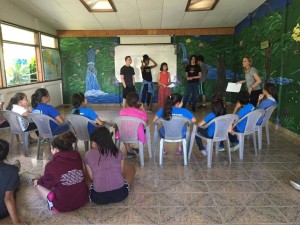 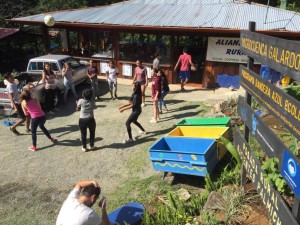 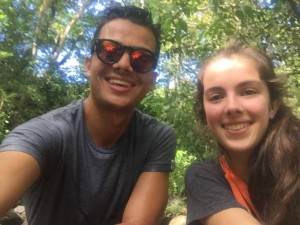 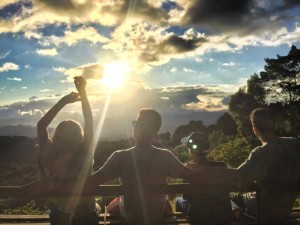 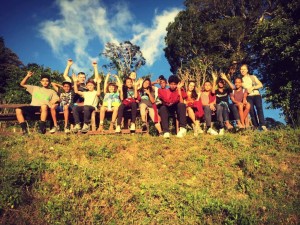 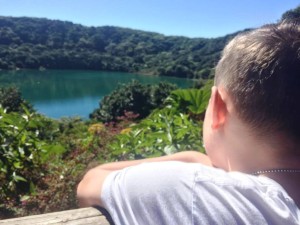 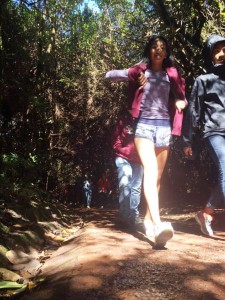 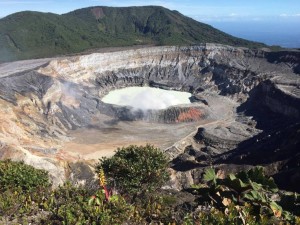 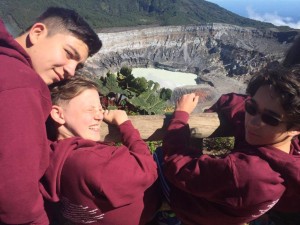