Global Works is owned and operated by a close-knit and dedicated group of trained educators and former Global Works leaders. As experienced professionals, who better to understand the ins and outs of programming than those who have worked in the field for a combined 75 years. Global Works directors and staff are wholeheartedly involved in all aspects of programming and committed to running the highest quality, safety-conscious trips in the industry. 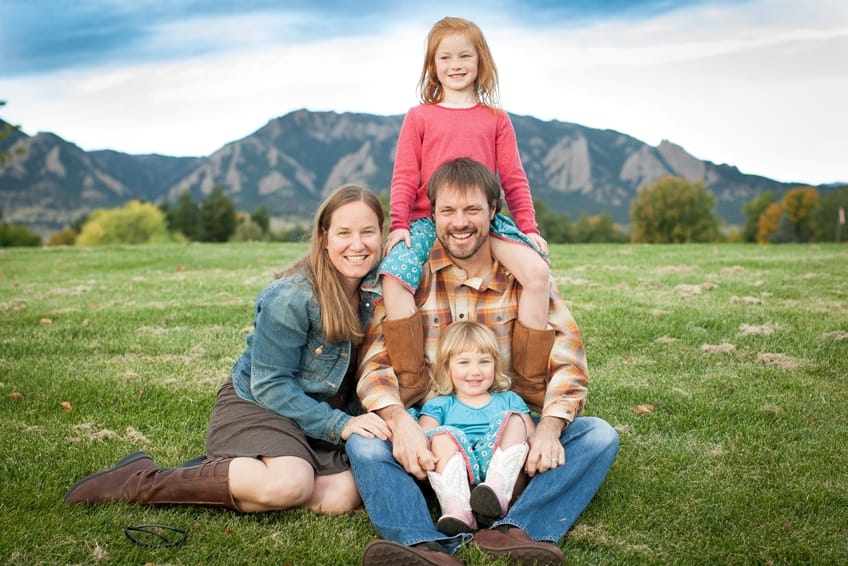 Fritz spent his formative years at the Loomis Chaffee School (CT) and attended Ohio Wesleyan University. After college, Fritz taught and lived in Costa Rica with a host family through World Teach. From there Fritz went on to teach Spanish and ESL at the Indian Mountain School, while leading Global Works trips in the summer. He moved out west in 2000 to found an educational travel company called SOL Tours with his soon-to-be-wife, Polly. In 2004, Fritz became co-owner and director of Global Works. Fritz is committed to running high-quality, meaningful international programs with Global Works. Come wintertime, you’ll find Fritz ripping it up on his tele-skis in the Colorado back country. Fritz knows how to find the perfect balance of valuable work and fun in his life, just like a GW program! 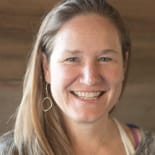 Since 1998, Polly has worked with Global Works, first in the field and now running the home office. While teaching Spanish at the Westminster School (CT) and Summit Middle School (CO), she spent her summers leading Global Works trips in Costa Rica and Ecuador. In 2000, she started SOL Tours with Fritz and in 2011 founded Global Works Community Fund. She proudly heads up the Operations Department in our Home Office, ensuring that all of our trips are smooth and worthwhile for everybody involved. Polly teaches yoga, and enjoys hiking, and tele-skiing in the mountains of Colorado with her husband, Fritz, and their daughters, Ellie and Hanna. 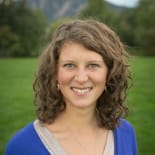 Taylor has been a vital part of the home office since 2012. Originally from Minneapolis, Minnesota, Taylor started learning French in middle school when her family moved to Brussels, Belgium for 3 years. Since then, she’s been hooked on French and exploring new cultures. In college, she spent a semester in Paris visiting every room in the Louvre and another semester in Morocco wandering through medinas. Since then, she has taught rock climbing workshops in New Zealand and led backpacking and canoeing trips in Maine. She now lives in Boulder, Colorado and works in the Global Works home office as our Operations Manager. When not leading or planning trips, Taylor can be found hiking in Boulder’s flatirons, biking or looking for new running routes. 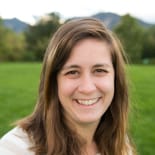 Chloe was born and raised in Philadelphia, but headed south for college. New Orleans became her home for a spirited and unforgettable six years. She strongly believes that every day should be spent having fun and has incorporated that philosophy into her work, from leading teen adventure programs on the coast of Oregon to canoeing the swamps of Louisiana through a NOLA outdoor education program. Her travels have brought her all over the world, from South Africa to Nicaragua. She now lives in Boulder, CO, working in the Global Works home office. Chloe fills the rest of her time by playing rugby, dancing whenever possible, and exploring her beautiful surroundings.

Ashley has worked for Global Works for two fantastic years. She has spent the last 7 years traveling between Nicaragua and her stateside residence of Oakland, California, where she worked as a teacher coach. She is now invested full time at her non-profit in Nicaragua, ArteSana. This Bay Area native dabbles in all things adventurous: river tubing, camping, vegan baking, and bocce ball! Her Nicaragua adventures typically involve organic farming, rainforest hiking, and supporting educational spaces in rural communities. Ashley has co-authored and led workshops on Global Works’ Sustainable Development Projects curriculum.

Crisley first met our students when he was working on his dissertation at the Poco Sol research station in the Monteverde Cloud Forest. Since then, he has traveled all over Costa Rica teaching students about the ecology of Costa Rica. He especially loves to share his knowledge about the many types of snakes and birds that one can find in the rainforest. His caring personality and fun-loving spirit have made Crisley a favorite leader among both our staff and students. Crisley has been a Global Works Costa Rica Director for an unforgettable 12 years and counting. 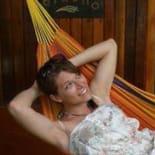 In college, Sarah found her niche in the world of language education and currently teaches ESL in Minneapolis, Minnesota. She caught the travel bug when her family lived in Indonesia and hasn’t been able to stop traveling since. She first became encantada de España as a high school senior, then later returned to study abroad in Sevilla as a college student, and finally taught English in Madrid for two years post-college. The only thing she loves more than being in Spain is sharing it with others. In addition to her responsibilities in Spain, Sarah heads up Global Works’ Language Immersion and the Leadership Curriculum development teams. Global Works has been the perfect outlet for some of her greatest passions: travel, teaching, the outdoors and service! 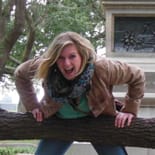 Clotilde grew up and spent most of her life in the Paris region in France. She developed an interest for the English language and decided to make a living out of it by teaching it (at her former high school!). She spent two years in the US, teaching French and travelling, two of her favorite things to do. When not busy doing that, Clotilde likes to play tennis, dance, or try new things such as mountain biking. She is very excited to be the France Country Director, so she can show everyone that France is a beautiful country and that the cheese really is delicious!

Katie’s passion for other cultures and volunteer work, as well as her travel fever, has led her to live on four continents, as well as to travel in over 50 countries. Katie is from Santa Cruz, California, although she seldom finds herself there. She received her Bachelor’s in Community Studies when she was 18 years old from UC Santa Cruz, and later earned a Masters in Social Work from San Jose State. Katie has led 13 unforgettable years of Global Works trips in Puerto Rico, Costa Rica, Peru, Panama, Ecuador and Guatemala. When Katie is not working for Global Works, she is fully committed as the Executive Director of Limitless Horizons Ixil, a Guatemalan NGO she founded in 2004 to create sustainable development and provide educational opportunities to the highly impoverished Mayan town of Chajul. In free moments from work, Katie sneaks out to salsa dance herself dizzy in which ever country she happens to find herself. 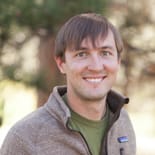 Scott grew up in Durham, NC and was introduced to travelling at a young age. Travelling with family and Boy Scouts gave him an appreciation for adventure and leading trips. After graduating from College of Charleston in 2006, Scott worked in NYC for three years and was a community and economic Peace Corps volunteer in Panama before returning home. He has led trips for Global Works in Nicaragua, Puerto Rico, and Panama, and he now heads up our Puerto Rico program. Scott resides in Jackson, WY with his dog Duke where he enjoys mountain biking, skiing, rafting…just about anything outside!

Craig adds nearly two decades of experience to Global Works through working with youth in educational settings both here and abroad. Craig spent a decade, leading and directing New Zealand and Fiji groups before assuming a position as a director in the GW Home Office. After joining Global Works in its early years, Craig learned the industry alongside the company founders and has helped Global Works to become an industry leader through his roles of program director and director of risk management. He now resides in New Zealand. Craig’s passions include international travel and exploring mountains and rivers wherever he goes. 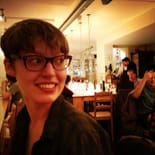 Willy has been on the Global Works team for 5 years, heading up our China program. She spent the biggest part of the last seven years in Beijing, studying Chinese language and culture and working in tourism. Therefore, she is guaranteed to show you all the best places there! Willy was born in Holland and still visits there occasionally in between travels. It’s hard to keep track of which country she is in, as she works hard exploring the world. Currently, she works as a China researcher for the University of Amsterdam where she specializes in migration issues. She likes to do yoga and once ran the Great Wall Marathon. 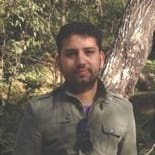 Sagar was born in Chitwan, a district of southern Nepal. He now he lives in Kathmandu and works as a Tour & Trekking Leader throughout the country. He is an active member of NIFC-Nepal (New International Friendship Club), a voluntary organization. He has also traveled to Europe to volunteer on environmental and educational service projects with SIW International of the Netherlands. Sagar has worked with students as a sports teacher at Zenith Boarding School, a private school in Nepal. Sagar loves adventure travel, trekking, and rafting. He has been a part of the Global Works team since 2012 and is looking forward to leading more Nepal trips in the future.

Pete is originally from Vermont and now lives at the Finca La Fé Permaculture Farm in Pucará, Ecuador, which he founded. Besides serving as Ecuador Country Director since 2006, he is also a Geography professor at the University of Vermont, an alpine guide, the director of a large scale reforestation project in Ecuador, and founder of CASA-Interamericana –an NGO dedicated to sustainable living alternatives. A jack of all trades, and master of none, Pete´s favorite job is being Dad to his daughter Nina.

A native of Boulder, Colorado, Arielle has worked with Global Works since 2014, leading many groups in Panama, Costa Rica, Puerto Rico, and Peru. Having always loved to travel, Arielle has studied in Egypt, Turkey, and Argentina and lived abroad in both Europe and Latin America. Arielle spent several years working with social work organizations with homeless families and youth. She has led outdoor educational programs with Outward Bound and currently works as a 5th/6th grade teacher in Denver, CO. She has a love for Spanish and is passionate about immersing students in new cultures. Arielle is a dancer, an avid rock climber, loves cooking, art, and the outdoors. She is thrilled to continue leading trips with Global Works and directing the Panama program!